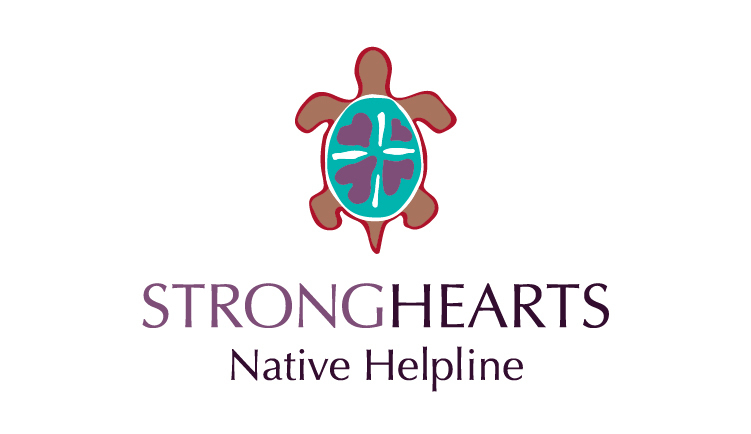 STRONGHEARTS Native helpline is a free domestic violence helpline When reaching out to StrongHearts Native Helpline, the first thing someone can expect is to speak with a Native American advocate. StrongHearts is the first national helpline specifically designed by and for Native Americansexperiencing domestic violence or dating violence. KNOW AND TRUST “We areÂ hereÂ to help anyone impacted by domestic and dating violence but our area of expertise is understanding the needs of tribal people,” said Lori Jump, StrongHearts Director, a leading expert in the field of domestic violence in Indian Country. “We understand the reasons Natives were lacking in critical advocacy resources was in part due to the lack of confidence they have with non-Native governmental programs. We want all Natives to know and trust that we are here for them.” WHAT IS STRONG HEARTS? StrongHearts is a culturally-appropriate domestic violence helpline. Advocate training is steeped in cultural sensitivity and Native American tradition with an emphasis on peer support, safety planning, as well as domestic violence and healthy relationship education. TWO OPTIONS When reaching out to StrongHearts, there are two options to reach an advocate. For those wanting to talk, they may call 1-844-762-8483. For some, it may be easier and safer to use the online chat advocacy feature. They may visit strongheartshelpline.org and click on the Chat Now icon in the upper right-hand corner to open a chat window to message directly with a live advocate. All services are available daily from 7 a.m. to 10 p.m. CT. WHAT TO EXPECT Calls and chats to StrongHearts are completely free, confidential and anonymous. All calls and chats are filtered through software that removes the identification of the person including location and phone number. 1. Emergency Services: The advocate’s priority is to establish that the person is in a safe place to talk. If the person is in immediate danger, they are advised to hang up and dial 911 It is important to note that StrongHearts does not have access to emergency services and therefore cannot connect callers to 911. 2. Assessment: If the person is in a safe place to talk, the advocate asks what brought them to reach out to StrongHearts. The advocate listens to the person and helps them identify priorities and options. 3. Education: Advocates provide peer support with domestic violence and healthy relationship education for all gender identities and sexual orientations. 4. Safety Planning: Advocates engage people in discussions about safety planning and share service provider information. The goal is to ensure the safety of the person and help them find local direct services. 5. Service Providers: StrongHearts Helpline has an internal referral database of tribal and native-centered domestic violence providers as well as non-native providers. 6. Further Assistance: A person may need additional referral assistance and they can call back for more information. STRONGHEARTS CAN HELP “Victims and survivors of domestic violence have enough on their plate and critical thinking outside of their environment can be overwhelming,” Jump concluded. “This is when StrongHearts can help the most.”

Many Native and non-Native domestic violence experts agree that the prevalence of violence in Indian Country is a modern effect of the historical trauma that our people continue to experience. The extent of domestic violence in tribal communities is particularly overwhelming.
Colonization and Domestic Violence
The parallels that can be drawn between colonialism and domestic violence can be seen through their definitions and through a review of Native American history. Having lived through genocide and horrific suffering, the aftermath of European contact and colonization continues to not only haunt Native Americans, it wreaks havoc in our everyday lives.
Colonization is the act of domination involving the subjugation of one people to another. It’s the practice of gaining full or partial control over another country and its Indigenous peoples, occupying it with settlers, and exploiting it economically. In the process, colonizers impose their religion, economics and cultural practices on others. Simply put, this is Native American history in a nutshell.
Domestic violence occurs in a relationship when one partner uses a pattern of abusive behavior to gain or maintain power and control over an intimate partner. The abuse can physically harm, arouse fear, prevent a person from acting freely, or force them to behave in ways they do not want.
Historical Trauma
While a newly researched topic, epigenetic research has led to findings that trauma has been chemically etched into the DNA of survivors. The signature of oppression, abuse, starvation, and genocide was written into the epigenetic code of every Native American. This signature is known as intergenerational trauma and has been passed down through generations of survivors â?? Holocaust survivors, Native Americans and African Americans share the same epigenetic chemical signature.
According to a New York Times science report “Can We Really Inherit Trauma?” epigenetic research is in its infancy, but supports preliminary findings that suggest trauma transmission is plausible. The idea of trauma transmission presumably occurs before conception, but other studies also suggest that trauma can be expressed after conception and within the womb of abused pregnant mothers.
Before colonization, abuse and domestic violence were rare in tribal communities. Equally important is acknowledging the existence of Native women as the backbone of our families and tribal communities. Our grandmothers, mothers, sisters, and daughters play a major role in maintaining our culture and protecting our families. They are our healers, caretakers, protectors, warriors, and leaders. However, for generations, American Indians and Alaska Natives have struggled against and from under the effects of colonization, inadequate resources, marginalization, termination and assimilation, and a lack of acknowledgment of the role that history has played in our continued hurt.
Recognizing the High Rates of Violence
The National Institute of Justice recently released a study analyzing data collected in the Centers for Disease Control and Prevention’s 2010 National Intimate Partner and Sexual Partner Survey. The study found that more than four in five American Indian and Alaska Native women had experienced violence in their lifetime, and one in three had experienced violence within the past year.
The report also found that among Native American people:
More than 56 percent had experienced sexual violence
More than 55 percent had experienced intimate partner violence
Nearly half had experienced stalking, and at least two in three had experienced psychological aggression by an intimate partner
Of the estimated 1.5 million Native women who had experienced violence, 97 percent of the violence was committed by a non-Native perpetrator (ex. individuals of other races)
The study also examined how this violence affects our tribal communities and Native survivors. For American Indian and Alaska Native people, the study found:
Two in three women and a quarter of men had expressed safety concerns in their relationships
41.4 percent of women and 20.3 percent of men had been physically harmed
About half of women and nearly one in five men stated they needed victim services
Barriers to Safety and Justice
Native Americans can face unique barriers to leaving an abusive partner. Some of these barriers include:
Geographic isolation (ex. living in a rural tribal community)
Fear of being identified or retaliated against
Lack of law enforcement (ex. In remote areas)
Gaps in culturally-based supportive services
Historical distrust of law enforcement
Cross-jurisdictional issues when seeking help and/or reporting
With few options and supportive resources, Native American victims of abuse can often go without assistance. StrongHearts Native Helpline (1-844-7NATIVE) provides culturally-appropriate support, referrals to Native-centered resources, safety planning and more. Contact StrongHearts at 1-844-7NATIVE or click on the Chat Now icon to connect one-on-one with an advocate daily from 7 a.m. to 10 p.m. CT. As a collaborative effort of the National Domestic Violence Hotline (The Hotline) and the National Indigenous Women’s Resource Center, after-hour callers can connect with The Hotline by choosing option one
Read more