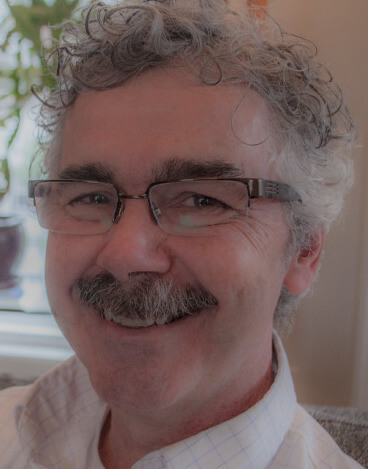 George: “I was so afraid of my father. But then, I was attracted to his attitude which is to do onto others before they do onto you. Me and him……after that…..we couldn’t be beat.”
What about your mother; were you still worried for her safety?
“I worried, sure, but then again I figured any anyone who lets themselves get beaten deserves to be beaten.”
Edwin: “My brother Elroy used to beat me up every single day but I couldn’t do anything about it cause he was my father’s favorite. Then one day, I beat up Elroy real bad - and I was my father’s favorite after that.”
George and Edwin have two things in common. They both grew up with fathers who beat their mothers. As toddlers and young children, they were feared their fathers. Their second point in common is that as adults, George and Edwin killed their intimate partners.
George and Edwin were two of the 31 inmates I interviewed for my book, Why Do They Kill? Men Who Murder Their Intimate Partners. I found that the murders these men committed were neither random acts of rage nor ‘crimes of passion’ as commonly portrayed in the media. Rather, they were culminations of longstanding grievances towards women on the part of abusive men. Their violence usually appeared quite suddenly soon after fast courtships with women that averaged two months, and in a few cases were as short as two days. The first act of violence usually occurred quickly after the beginning of co-habitation and was followed by the abuser’s apologies and promises that it would never happen again. However, these ‘quick fixes’ were quickly followed by new acts of violence.
Over time, the men stopped apologizing and started blaming their partners for ‘driving me to it’, or for ‘leaving me no choice’. Most of the victims expressed unhappiness and sought to end the relationship. This triggered increased surveillance by the abusers, which was often accompanied by stalking during periods of separation. It was not love but possessive control that motivated these men to prevent their partners from leaving for good. As one killer put it, “At least I could make sure no other man could have her”. Explaining his decision to coerce his estranged wife to have sex with him just before he stabbed and bludgeoned her to death, another man said, “I wanted the other man to know I was the last to have her”. A victim of attempted homicide whom I interviewed said that while her estranged husband was strangling her, he told her, “Think you’re done with me bitch; you’re not done with me until I say you’re done with me; got that?”
Where does this possessive control come from? I believe there are two primary pathways. On the societal level, large segments of popular culture and media still glamorize violence toward women. Increasingly, the ‘stars’ of crime shows are beautiful dead women whose naked bodies are splayed for all to see - first on the pavement or floor highlighted by a chalk outline and then on the medical examiner’s table. Violent and possessive control over women is also celebrated in popular music. Catchy song beats often camoflage lyrics that reveal contempt for women - or sell the notion that women can drive men to violent extremes in the name of love, as in “I’d take a bullet in the brain for you” (Bruno Mars) and “I keep on bleeding for love” (Leona Lewis), and “I’ll be watching you” (Sting). At the same time, online pornography and much of the gaming industry provide templates to show young men how act out virtual misogynistic and violent fantasies. And until recently, celebrity men who behave badly toward women have not been held to account, leaving young fans to conclude that their public acclaim and admiration trumps their abusive behavior toward women. Given all this messaging, our societal tolerance of violence against women should not be seen as a social aberration but as a continuing reflection of structured gender inequality in which there is yet to be a critical mass of women in positions of power.